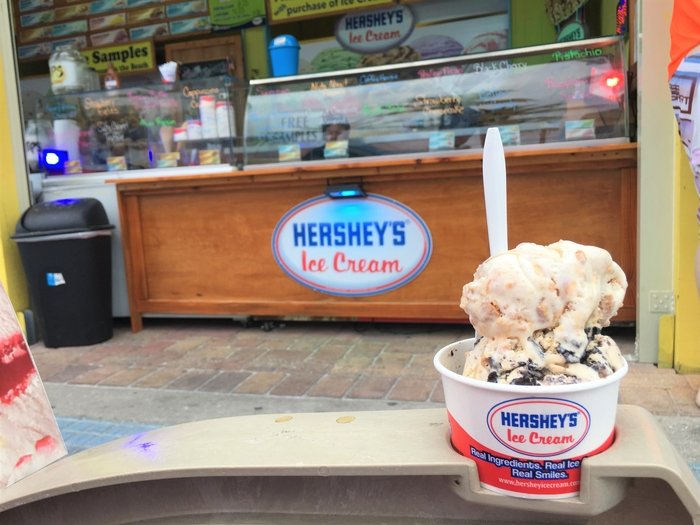 Hershey’s Ice Cream and I have a history. My first job was working at Mann-O-Mann Ice Cream Scoop Shop in Essex Junction, Vermont. Hershey’s was our premium ice cream with a cone selling for 60 cents. Hood Ice Cream was our standard and that sold for 55 cents a scoop. Plop the scoop onto a sugar cone and the price jumped another nickel.

Mr. O’Brien and his wife owned the shop. They opened in the morning starting with breakfast service and then into lunch. Nora worked there full-time during the week along with the O’Briens. In the afternoons, when I came to work after school, the kitchen was closed and ice cream creations were the only thing on the menu. I often worked alone because traffic was slow during the dinner hour and Mr. O’Brien trusted to me to run the store and do the evening cash-out. (Or maybe he was just too tired and wanted to go home!)

Being entrusted with running the shop at just 16 years old, I treated it as my own business. I took real pride in serving my customers. And you really can’t beat watching the smiles as you hand over glorious sundaes piled high with whipped cream and the milk shake mixing cup because there was too much to fit in the serving cup.

I remember our high school boys tennis team coming in after winning a championship. All wanted banana splits and there were no bananas in the store — it was a weekday and banana splits weren’t normally big sellers until the weekend. With no one but me in the store, I made the managerial decision to discount each split by 15 cents, the same amount we increased the price of any other dessert when we added a banana.

I’m guessing Mr. O, as I called him, made out on that deal. He smiled when I told him what I did …. there was no reprimand.

Weekends were the most fun. Always busy. I would have ice cream up the back of my arm. Washing my hands meant washing up to my elbows. When there were no customers, it was time to refill sauces, scrape down ice cream from the sides of the ice cream tubs, replace tubs that were almost empty, wipe down counters and dining tables and so much more.

I considered myself chief of quality control too. That meant that I would have to periodically taste samples. I learned that from Mr. O. He was the expert quality control person!

What’s the Relation with Ben & Jerry’s?

My Own Business with Hershey’s

Early in our marriage and not too many years after I graduated college, my husband and I opened a deli in the town we lived in Vermont. We had a frozen yogurt machine and an ice cream cabinet with about 8 flavors of Hershey’s Ice Cream. After all, I had a history with Hershey’s. I got to teach our high school staff how to scoop and scrape down the tubs and all that other fun stuff. I wonder how many of them became quality control specialists?!?!

Get your taste of Hershey’s Ice Cream at the scoop shop in Times Square in Fort Myers Beach. Use the walk to and from our Beach Delight vacation rental to justify the indulgence. My photo shows two scoops – One is Salted Bananas Foster (top) and a double flavor on the bottom called “Seasalt Caramel and Cookies and Cream.” This was the first time I’ve had either of these flavors and now I would highly recommend both. Yum! 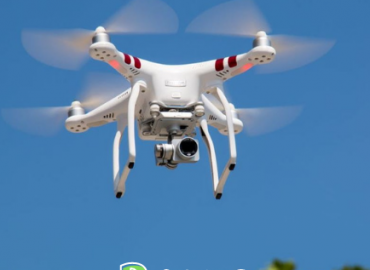 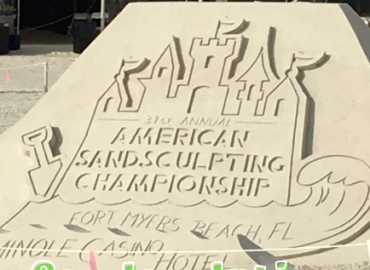 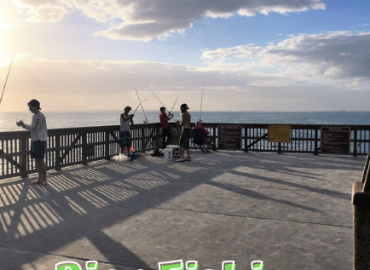 We use cookies on our website to give you the most relevant experience by remembering your preferences and repeat visits. By clicking “Accept All”, you consent to the use of ALL the cookies.Read More
.
Cookie SettingsAccept All Reject All
Manage consent

This website uses cookies to improve your experience while you navigate through the website. Out of these, the cookies that are categorized as necessary are stored on your browser as they are essential for the working of basic functionalities of the website. We also use third-party cookies that help us analyze and understand how you use this website. These cookies will be stored in your browser only with your consent. You also have the option to opt-out of these cookies. But opting out of some of these cookies may affect your browsing experience.
Necessary Always Enabled
Necessary cookies are absolutely essential for the website to function properly. These cookies ensure basic functionalities and security features of the website, anonymously.
Functional
Functional cookies help to perform certain functionalities like sharing the content of the website on social media platforms, collect feedbacks, and other third-party features.
Performance
Performance cookies are used to understand and analyze the key performance indexes of the website which helps in delivering a better user experience for the visitors.
Analytics
Analytical cookies are used to understand how visitors interact with the website. These cookies help provide information on metrics the number of visitors, bounce rate, traffic source, etc.
Advertisement
Advertisement cookies are used to provide visitors with relevant ads and marketing campaigns. These cookies track visitors across websites and collect information to provide customized ads.
Others
Other uncategorized cookies are those that are being analyzed and have not been classified into a category as yet.
SAVE & ACCEPT
Powered by